"Yet another Baroque tour de force from Butt…" ★★★★★ The Scotsman "The work packs a powerful punch in these hands…" The Herald Editor’s Choice, Presto Classical: October 2018

Handel’s Ode to Music itself!

Recorded during the 2018 edition of the Misteria Paschalia Festival in Krakow, Dunedin Consort’s performance of Handel’s Ode for St Cecilia’s Day sees them joined for the first time by multi award-winning tenor Ian Bostridge and soprano Carolyn Sampson, recently described as ‘one of the wonders of the operatic world’ (Independent). Led by John Butt, with singers from the Polish Radio Choir expanding the Dunedin Consort choral forces, this rich and colourful tribute to music’s patron saint is the latest in their much-lauded Handel discography, which includes recordings of Messiah, Acis & Galatea and Esther, each having won widespread acclaim. The recording is completed by Handel’s Concerto Grosso in A minor Op. 6 No. 4, in which Dunedin Consort’s exceptional instrumentalists take centre stage.

Aria But oh what art can teach – Carolyn Sampson

Coro – As from – Carolyn Sampson 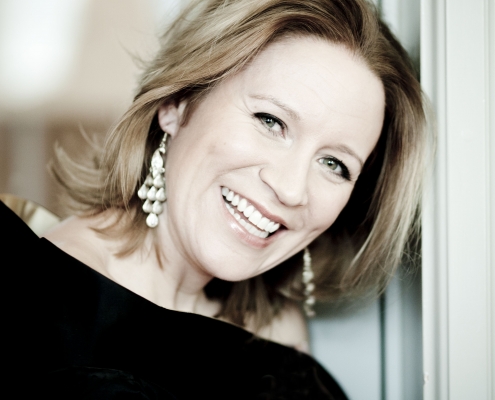