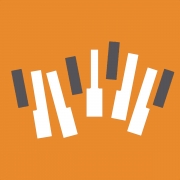 The Dunedin Consort’s Musical Offering took the form of a performative lecture by Glasgow University’s Gardiner Professor of Music, telling the story of its composition, pointing out what to listen for, and spicing the journey with some characteristic Butt humour.

I fancy that, although not lacking in a conceit of himself, Frederick II would be astonished to learn that folk were leaving a venue in a distant corner of Europe humming his little tune over 250 years later. But really his contribution to that success was relatively small compared with that of Bach, John Butt, violinists Hue Daniel and Rebecca Livermore, cellist Jonathan Manson, Alison McGillivray on Viola da gamba and the flute, oboe and bassoon of Georgia Browne, Alex Bellamy and Joe Qiu.

From frogs to fencing: Introducing the music of Armonico Tributo
Scroll to top