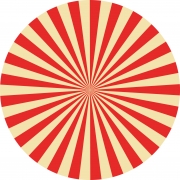 Its [the music’s] intricacies were in good hands here, starting with the delicious interplay between the viols of Jonathan Manson and Alison McGillivray on a Jenkins’s Pavane and later including a virtuoso and melody-packed sonata by Benedetto Marcello played by Manson. Butt was in his solo element on Kuhnau’s David and Goliath, the Old Testament story depicted in some of the earliest programme music we know.