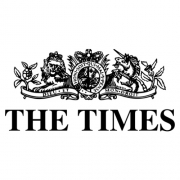 … a joyous New Year’s Eve of music by Bach from the Dunedin Consort, directed by John Butt.

The original E flat version of the Magnificat in the second half was a captivating unfolding of short but vividly characterised choral or solo-voice movements, the Latin contrasting with the German of two of Bach’s four Christmas interpolations, one of them the beautiful Vom Himmel hoch hymn. The vocal soloists, Rachel Redmond, Joanne Lunn, James Laing, Hugo Hymas and Stephan Loges, were all impressive, and the other five Dunedin voices lusty contributors.

The Orchestral Suite No 2 in B minor flaunted the felicitous flute-playing of Katy Bircher; and the Fourth Brandenburg Concerto was ensemble brilliance at its most inventive and scintillating. A happiest time was had by all.

Apollo and Daphne — Seen and Heard Review
Scroll to top