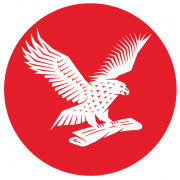 The Dunedin Consort, under John Butt’s historically-informed direction, gave a typically dazzling performance of Bach at his most ravishing. The second Orchestral Suite and the fourth Brandenberg Concerto, conveyed by just eight players, emerged with all the detail meticulously clear, while each of the eight voices in the motet “Singet dem Herrn ein neues Lied” contributed characterfully to that intricate work’s florid exultation.

Beginning of the Revolution — Hunterian Museum, Glasgow — The Herald Re...
Scroll to top