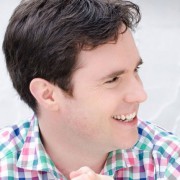 We catch up with Nicholas Mulroy ahead of his appearance as the Evangelist in our upcoming concerts next week.

When did you decide to become a singer? There probably wasn’t a specific timing to the decision. I studied languages at university, and when I spent a year in South America I missed the collective act of music making a lot; perhaps that was when the seed was initially sown.

What would have you become if you had not pursued music professionally? I worry that I’m unemployable otherwise, but I think I might have followed my parents into some sort of educational job. I enjoy the bits of teaching I do at the moment, and those times when you can see or feel something getting through to someone for the first time can be incredibly satisfying, which isn’t unlike something we aim for in performance – a moment of direct communication.

Tell us about one of the highlights of your career to date? That’s a difficult one! I tend not to look back very much (also, my memory isn’t what it was…), and often find that people’s ideas about any given concert can differ hugely anyway. But I work regularly with some extraordinary musicians (very much including the Dunedin Consort), and have been incredibly privileged to hear quite amazing performances of all kinds of things in all kinds of places. There are, of course, certain places where it’s always a thrill to sing – the Concertgebouw in Amsterdam is very special, for example – but the main thing is the connection between the performers, the music and the audience; when you get that right it’s quite something.

Are stereotypes about tenors true? Do you all really want to sing as high as you can? I might not be the best person to answer that.. Though I do think that performing can cause stress in every musician. In Britain the more neurotic types don’t tend to be indulged too much, whereas on the continent I’ve found there to be more concessions given. Having said that, singing tenor can feel a bit like a high wire act (mostly without a safety net!), and there is of course always an element of macho competition in any extreme sport like that.

What’s special about working with John Butt and the Dunedin Consort? There’s always a strong sense of discovery in everything John does – no two performances are the same, and he creates a fantastic working atmosphere where everyone feels comfortable trying new things, and pushing themselves and each to new places with the music. John wears his huge amount of knowledge very lightly, but is endlessly compelling and never fails to shed new light on what we’re performing, more often than not with unusual and entertaining turns of phrase. It also helps that the musicians of the group are all amongst the very best around.

What keeps you awake at night? At the moment, my four month old son, Michael.

What is the hardest thing about performing the Evangelist role you will be singing with us? It’s a fantastic role to sing. In telling the story, a big part of the piece belongs to the Evangelist, and the way Bach sets the story, harmonically and dramatically, is – in both Passions – completely masterful. But it’s not easy! Firstly, it’s long (and the way we do it with Dunedin means that I sing in all the choruses and the tenor arias, too, so not much time off), so the question of pacing is key. It’s not completely clear how ‘involved’ the Evangelist should be: in the St John, for example, it always seems to me that the storyteller is really very close to the action – he could well be the ‘well-beloved disciple’ mentioned – so one has to consider how emotionally bound up with it the Evangelist should be, and to what degree one is outraged or bereaved by what happens. Bach gives lots of clues, though: harmonically you can feel the story ebb and flow, peak and trough as you go through, all of which helps you along the journey of these extraordinary pieces.

Nicholas Mulroy performs the Evangelist with the Dunedin Consort in their Passion tour this coming March.