We sat down with our former Head of Artistic Planning David Lee and asked him what inspired A Lover’s Discourse. 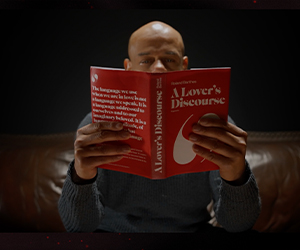 Why Barthes, why these texts?

I first discovered Roland Barthes’ A Lover’s Discourse by accident, as a student in the library, while I was looking for his collection of essays Image, Music, Text. I picked the copy out from the shelf and leafed through a few pages. I had been going through a bit of a rough patch, romantically, at the time, and I found that it spoke to me.

I have since come to find it quite a problematic text, as well as more than a bit self-indulgent and solipsistic. For all its encyclopaedic exploration of all the states of being ‘in love’, few of them are actually healthy or good; they are more about the lover revelling in his own psychological misery and fantasy. Although Barthes is synonymous with poststructuralism, he was – to my mind, at least – a Romantic at heart.

The states he represents aren’t healthy, and they’re not, to my mind, in line with the essence of love. However, at that time in my life, they were what I needed. It was comforting to read passages that reassured me that what I was feeling was in no way unique. I was also quite enthralled with theoretical frameworks at the time, insofar as I wanted to be able to understand and rationalise everything within a framework. There’s a certain irony in the book’s premise, because love isn’t something that can ever really be rationalised.

Around the same time I came across Barthes’ texts, I was beginning to sing Monteverdi’s madrigals for the first time, with other student groups. The music transfigured me – honestly, it sounds trite, but my life has never been the same again. In any case, Monteverdi was only a gateway drug: from him, I discovered the music of the other composers featured in this programme – Gesualdo, Marenzio, Rore – and found they shared a common musical language. Essentially, it’s the way that they never shy away from dissonance; it’s as much a part of the music as consonance. It’s a pretty fair representation of life (which is, of course, exactly what Monteverdi was trying to say).

Some of the pieces in this programme were some of those first madrigals I sang – for example, the final piece Sfogava con le stelle, from Monteverdi’s Fourth Book of Madrigals. So I wanted to include those. But at the same time, I wanted to explore some other pieces that I’d heard on recordings and in performances by other groups, which I felt resonated with the themes of the book.

How did it all come together?

The idea of combining the two never really occurred to me until relatively recently. I mentioned the idea to Jo [Buckley] and she suggested collaborating with the composer and sound designer Pippa Murphy. When lockdown struck, I came into contact with Tommy Slack and the team at Arms & Legs, a creative studio in Leith, who went on to produce Dunedin Consort’s online performances.

Uniting all these people, who each brought unique creative energy, I was inspired to delve into the text and pick out the sections that resonated with me most, and interpolate them with the music. 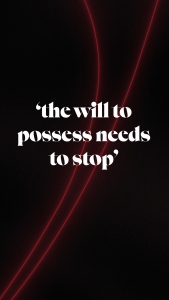 You’ll hear that the themes are quite closely matched. It’s uncanny, how these writers – active in the seventeenth century and 1970s respectively – were all responding to the same emotional states. It even comes down to the level of the specific imagery (e.g. Barthes describes love as being like a mosquito, leading into Gesualdo’s Ardita zanzaretta (‘A daring little mosquito bites her who breaks my heart and keeps it in cruel torment.’) Once I started noticing the overlaps, it all fitted together quite nicely.

How did film become a part of this? 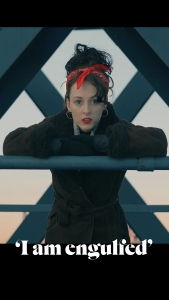 I’ve always been really into film and it’s something I wish I’d embarked on earlier in my life. I realise now that what I really want to do is make films. So I suppose that, in some way, this project marks a bridge for me in my own creative career – relating texts and music that I’m familiar with, as the vessel for exploring a new art form.

It was important for us in this that we assembled a genuinely diverse cast – in terms of age, ethnicity, gender, and sexuality – which, I hope, really emphasises the universality of the themes in both the text and music. I think we created some very compelling monologues from what can be, at times, quite a dry, analytical language. We shot lots of the scenes outdoors in settings that are related to the themes of each text, mainly due to the safety protocols enforced by the pandemic. However, we were also unbelievably lucky with the weather and conditions – for example, in Kim Allan’s scene, In Praise of Tears, we had agreed to meet in Cramond and it just happened to be the morning after a night of heavy snowfall. We ended up with the whole area to ourselves. It was magical. Kim did it in two complete takes – indeed, most of the actors did their bits in one continuous take. It was pure theatre. I’m hooked and want to do more.

But Pippa’s score is the glue that binds it all, as the bridge between the past and present. She is obviously very familiar with the idioms of Renaissance music and has managed to create a distinctive soundworld that somehow fuses everything together.

It also increases a greater sense of texture. One of the things that frustrates me with early-music programmes is that programmers often stick to repertoire that ‘complements’ itself. After a while, you just get stuck in one soundworld. So Pippa’s interludes break things up, as well as bind them together.

Essentially, I think each different art form in A Lover’s Discourse provides a filter to change how we interpret the other things. Hopefully, each part elevates and transforms the other parts, if that doesn’t sound too pretentious.

Why should we come?

If you’re a seasoned Dunedin Consort/classical/early music fan, you’ll hear first-rate performances of some brilliant seconda prattica madrigals. If you like film, you’ll witness some beautifully shot vignettes with some of Scotland’s top acting talent. If you’re into new music, you’ll hear an underscore that challenges both of these, and develops a distinct creative response to the music affects and idioms. But if you’re into all three, you’ll hopefully enjoy an especially compelling and visceral aesthetic experience.