The Russian-American baritone Vitali Rozynko, has dual citizenship in America and the Netherlands. He studied at the Oberlin Conservatory (B.M.), The Eastman School of Music (M.M. with honours), and The Royal Academy of Music, London (Opera Programme). Vitali Performed Guglielmo Cosi fan tutte at The Aldeburgh Festival, and Bello La fanciulla del West with The Santa Fe Opera. With Opera Colorado he appeared as Harlekin Ariadne auf Naxos, Shaunard La Bohème,  and was then invited to return in the title role of Don Giovanni. At Mississippi Opera he was Silvio in Pagliacci. His début with Boston Lyric Opera was in the role of Shaunard La Bohème, and he sang the role of Escamillo in Emilio Sagi’s production of Carmen with L’Opera Royal de Wallonie, Liege. Under Seiji Ozawa he performed Le Gendarme Les Mamelles de Tiresias at Tanglewood Festival.

Vitali Rozynko made his Concertgebouw début singing the role of Deceit in Gerald Barry’s opera The Triumph of Beauty and Deceit with the Ives Ensemble, and a debut with Boston Symphony Orchestra under Seiji Ozawa in a concert performance of Madama Butterfly performing the role of the Imperial Commissioner. He has appeared as baritone soloist in Carmina Burana at Le Palais des Beaux Arts, Brussels, L’Orchestre Nationale d’Ile de France, Symphonie Orkest Vlaanderen, and Het Nieuw Ensemble under Ed Spanjaard. With the Jesrusalem Symphony he has sung the baritone solo in the Lyrisches Symphony by Zemlinsky, Bach Cantatas with the American Bach Soloists at the Berkeley Festival, and as soloist in Jetzt Immer Schnee by Gubaidulina under the direction of Reinbert de Leeuw. He appears regularly at the Concertgebouw, Amsterdam with various ensembles and orchestras, and has also performed at the Ravinia Festival at the Wigmore Hall. Other concert repertoire includes Handel’s Messiah, Brahm’s Requiem, Verdi’s Requiem, Mozart’s Requiem, Berstein’s Mass, I pellegrini del sepolcro del nostro Signore (Hasse), and Carmina Burana.

Recent engagements include Pilatus in a staged version of Johannes Passion with the Nederlands Reis Opera, Le Directeur/Le Gendarme Les Mamelles de Tiresias with the BBC Symphony Orchestra and conducted by Ludovic Morlot, Spencer Coyle Owen Wingrave with Het Nieuw Ensemble and conducted by Ed Spanjaard, soloist Verdi Requiem, Pizzaro Fidelio (cover) with the Radio Philharmonic (Zaterdag matinee) Amsterdam, a world premiere of The Trees of Paradise with the Radio Kamer Orkest, Concertgebouw, a new production of Madama Butterfly with the Nederlandse Reis Opera, as well as his debut as Strelitz 1 in Christof Loy’s new production of Khovanschina with the Dutch National Opera which earned him acclaim and of posessing  an “outstanding and orotund voice.” He subsequently sang the role of Unterofficier in the hugely celebrated concert performance of Semon Kotko conducted by Vladimir Jurowski in Amsterdam. This season he sang as bass soloist in Beethoven 9 with the European Philharmonia in Brussels, The British Major, as well as Lieutenant Horstmayer in a new production of Kevin Putt’s Pulitzer Prize winning opera Silent Night with Opera San José, and sang the bass arias in Matthäus Passion in concerts throughout Belgium. Mr. Rozynko was most recently proclaimed by the Volkskrant to “immediately stand out” in the role of Robert Stripling in the new opera Eisler on the Go by Paul Oomens which premiered in Amsterdam and subsequently toured the Netherlands.

Upcoming engagements include the Deutsches Requiem, Belcore in L’elisir d’amore at De Doelen in Rotterdam, Bruckner’s Te Deum, and a new staging of Bluebeard’s Castle by the celebrated choreographer Samir Calixto and the New European Ensemble. 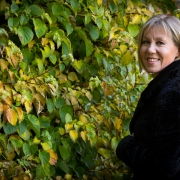 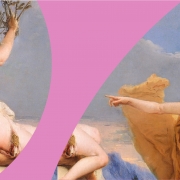